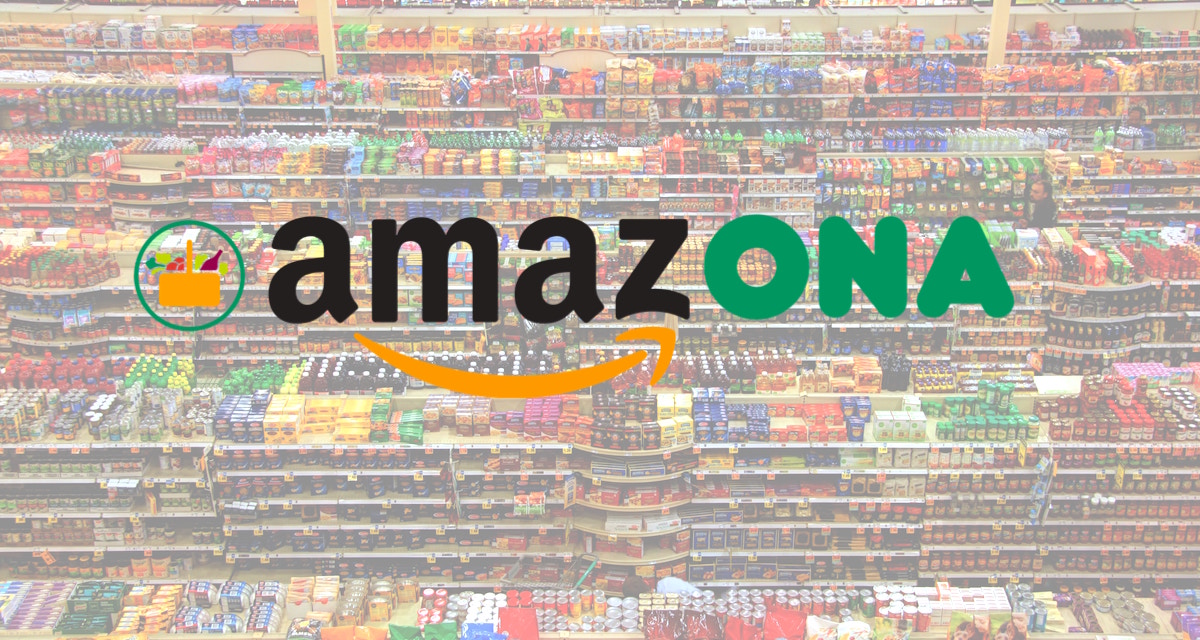 Can a traditional supermarket compete with an e-commerce retailer such as Amazon? What determines if a big distributor has, or not, a future competing with an e-retailer? In fact, do physical supermarkets have a future in relation to digital ones? If so, how would they compete?

To answer these questions, we have analyzed the latest financial-economic and management reports of Carrefour, Corte Inglés, Mercadona, Eroski, and Dia (different retail value proposals essentially in the food sector, although not exclusively) and tried to compare them to a new supermarket, the supermarket to come, through one of its best examples: Amazon.

We are aware that the analyzed companies have very different product lines – some of them more intensive regarding the food offer (Dia) and others much more generalist (Corte Inglés or Amazon) –. This makes them difficult to compare in some aspects. However, we thought it would be interesting since it will allow us to find out who is doing some things correctly, and which ones. Knowing this, seeing how to compete is simpler.

We are also aware that Amazon’s geographical presence and size make it a completely different species compared to companies that only have presence in Spain, and therefore much lower incomes. Nevertheless, as you will see, once the numbers are properly escalated they can help us make executive decisions to choose in what way we want to compete.

Working from the information published by the companies, with the caution this entails (and that will be commented on later in this article), we have structured our analysis in two parts:

For the analysis, we thought it would be useful to use a diagram with four key variables of the retail model:

The combination of the four determines the health of the business, as expected.

The most interesting conclusion drawn from this study is that physical supermarkets have a great future, but the supermarket of the future will be different. It will probably be called Amaz-ona or Merca-zon, since it will be a mixture of both models, off and on. Let’s see why.

We have detected that players competing in costs (and not in prices, which are a consequence of the costs), with a clear picture of the role of the store brand, have a lower gross margin. 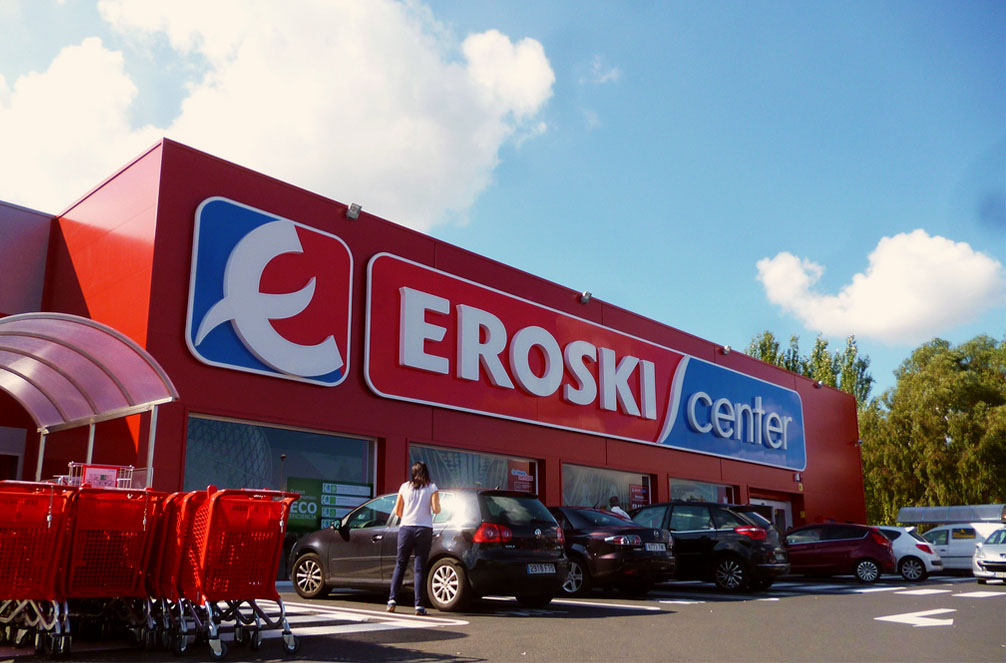 It’s like this: while Eroski obtains a gross margin close to 29%, Dia doesn’t even reach 23%. Despite this lower gross margin, profitability of business assets competing in costs is greater. Later on we will see how this is possible.

In 2014, Carrefour and Eroski had, approximately, triple the references of Mercadona or Dia.

Furthermore, the weight of the store brand in Mercadona or Dia represents 50% of the value, according to data by Kantar, while in Carrefour, Eroski or El Corte Inglés, it represents less than 25% of the shopper’s basket.

Mercadona’s ROI (Return on Investment) in 2016 was 9,51%, whereas Carrefour’s, which has a wider and deeper range of products, was 3,9%, less than half the profitability.

Operational efficiency is calculated by combining:

The player with the best operational efficiency is El Corte Inglés, although this fact would be mitigated by the low valuation of its buildings – bought many years ago and without updated values.

Mercadona is the player with the best real operational efficiency. Being one of the better paying companies, it obtains very high sales per employee. Besides, the relationship between the cost of each of its stores and the number of people working in each of them, favors store usage and increases brand profitability.

Dia pays the lowest salaries to its employees and obtains the worst result for this variable.

This is the relationship between operating profit and gross margin. Less structure and higher gross margin translate into better results.

The more resources invested in the store, and less in assets like stock, the better.

Dia is the company that best manages its investment in the store, which helps it recover position in profitability, despite losing in other respects.

The operational models of the companies that sell more store brand products obtain greater profitability. But they don’t achieve it by the same means.

Mercadona, the company with the highest profitability, obtains it through operational efficiency, based on, above all, greater sales per employee and an optimum store size and number of people assigned to each store. By comparison, Dia increases its value, through the balance between a low cost per employee but a high sales volume per employee and by its low investment regarding resources used in each store; partly because of its high stock rotation, but also because of its contained investment in non-current assets.

Thus, they are able to compensate for their low gross margin and obtain great profitability. In other words: gross margin is not the most important profitability indicator, rather, to a greater extent, product range management and operational efficiency are. 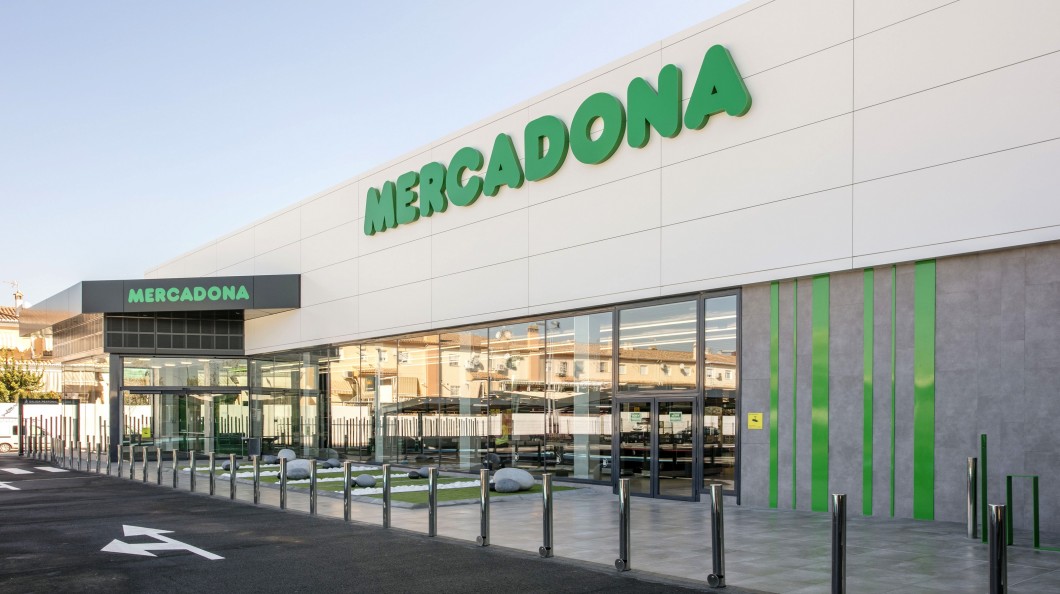 If we add Amazon to this analysis, what can we learn?

Amazon obtained, in the tax year of 2016, a global gross margin of 35% from a wide product range, while the analyzed Spanish chains obtain on average 26%. That is a gross margin 34% higher.

Taking into account that, in addition, Amazon allocates the distribution costs within the cost of the products sold, the difference in gross margins is, if possible, higher.

From the perspective of employees and store efficiency, Amazon gets a sales figure per employee of more than 450.000 euros, compared to 203.000 from offline businesses. No comment needed.

Amazon obtains greater gross margin and better efficiency from the employee, and of course, the store (or “not store”, although it is beginning to have an offline presence, as we will comment shortly). Therefore, it competes in an unbeatable position both against cost-based business models and those based on wide-range offer. Is everything positive for Amazon then? Will it undoubtedly win the battle? No, it also has disadvantages:

Jeff Bezos has understood these issues very well and has fought with three vaccines, three commercial antidotes that have allowed him to develop the business from 6,5 billion dollars in 2004 to 107 billion in 2015:

The purchase of this company seems to confirm the saying that one of the largest electronic commerce players sees clearly: more channels equal more sales. Whole Foods in the United States allows Amazon to be a maximum of 30 minutes from the entire population of the country. That is, Amazon adapts itself to the channels that the customer wants, not forcing the customer to adapt to its channels. Probably, Amazon’s vision isn’t to be a new Carrefour with many “traditional” supermarkets, but rather to combine the best of both worlds. 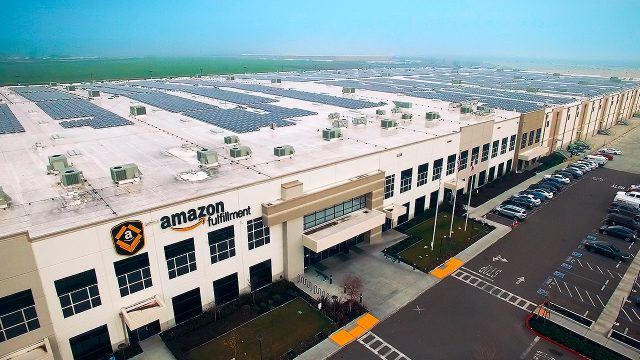 And this brings us to the idea that Amazon must invest a lot more to be offline than what it costs Carrefour to be online. If there’s something that the company headquartered in Seattle has, it is cash and it shows. Amazon has spent something more than 13 billion dollars on buying the Wholefoods chain, which is a little more than 10 times the EBITDA of the acquired company. Carrefour has just announced a plan to drive its online activity, where it will invest some 2,8 billion euros in 5 years (560 million a year). That is, it seems that the effort that Amazon must make to be offline in the different categories where it competes, is much greater than that of a company like Carrefour to add online capabilities. In other words, having stores can give you an advantage, if you complement it with a strong online proposal.

What is without doubt is that this is about adding channels and not taking them away. Whoever finds the best balance will win. Nowadays, stores have a powerful reinforcement with the online world. In a not-so-distant future, maybe it will be the other way around. Stores will be a reinforcement for what we buy online. Until then, the model will be Merca-zon, a hybrid between companies such as Mercadona (highly defined model, with a powerful store brand, high capillarity and operational efficiency) and Amazon (with an unquestionable online ability due to having vaccines). Who knows if Amazon will purchase an inexpensive operator with strong European presence, such as Carrefour, whose share price has been flat for years and has a plan to grow the business with store brand.

Will we see an Ama-four shortly? Man proposes. Bezos disposes.